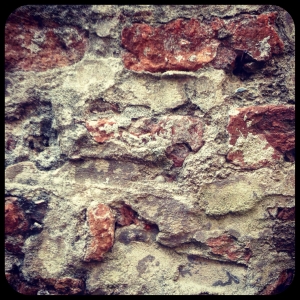 As churches send their people into unjust, seemingly irreconcilable places, they do so confidently, holding out the gospel—the only thing that can atone for all injustices and give hope for reconciliation between God and men. Yet this bold act does not come without travail for missionaries and the peoples among whom they serve. Churches who remain intimately connected with their sent ones and deeply involved in their work will also experience the twinge of ongoing blatant injustices in many parts of the world: persecution, ageism, ostracism, extortion, racism, theft, threats, sexism, classism, ethnocentrism and the like.

I believe, however, that these injustices are a greater reward to sending churches than the comfort that might linger otherwise. How does God use “the flames of withering injustice” (King) to promote life in the sending church, and through that life, reconciliation throughout the world? I want to highlight two ways.

God uses the experience of injustice to awaken us to our own prejudices.

We are all prone to blind spots, including the church. Consider the church in Jerusalem in Acts 6. They had pastors. They had the living twelve apostles. They had the searing-hot Word of God only recently removed from the mouth of Jesus himself. Even still, they had to be corrected in their neglect of the Hellenistic widows. Did these things not happen as an example to us, written down for our instruction?

We too can be blind to our vices. We see the world through the lenses of our own language, culture, and worldview. We are ethnocentric by nature, believing the world revolves around our own perspective. We cry out “No fair!” from an innate sense of justice but allow our noble call for justice to be driven askew by self-serving definitions. Even informed by the Scriptures, we sometimes misread the Bible through Western eyes (see Richards and O’Brien).

Similarly, historian Kenneth Scott Latourette paints a picture of the people of God, in both the Old and New Testament, as naturally resisting God’s leadership to cross cultural boundaries. Modern missiologists such as Nik Ripken have acknowledged the same dynamic at play among people groups today. While living overseas, I grieved even strong believers’ indifference, and sometimes hatred, toward neighboring people groups. When I came home, I grieved the occasional church-goer whispering racist comments to me about serving in Africa. Now that I work with refugees, I grieve the disgust that some Christians have for them.

More than I would like to admit, I grieve the same tendencies in myself.

When churches send their people across cultures, it’s a reconciliatory act. But in divine irony, it is active reconciliation ministry that often sheds light on our own remaining prejudices. In East Africa, when I came across the funeral of a man who had been stabbed while trying to break up an argument, I was appalled at them. But when I wanted to choke a taxi driver in an alley just for overcharging me, I was (eventually) appalled at me.

Giving ourselves to contexts where it’s normal to be defamed, groped, harassed, excluded, accused, and distrusted brings out the real us, the ones who don’t naturally do justly, love mercy, or walk humbly with our God. It’s scary how quickly we can blame, hate, and withdraw. But bringing out what normally rests comfortably below the surface, as ugly as it is, can be a tremendous gift to the church.

God reveals our prejudices to kindly lead us to brokenness, repentance, and true reconciliation.

Jesus said in Mark 2:17, “It is not the healthy who need a doctor, but the sick. I have come not to call the righteous, but sinners.” This is why it can be a good thing for churches to experience injustice and acknowledge their own prejudice. It illustrates the ongoing need for a Savior. The twinkle in the eye of the church is not that we’ve got everything together, but that we don’t. Realizing that, owning that, is a remarkable step toward ministering reconciliation.

In Western highly-literate fashion, Cornelius Plantinga, Jr. encourages preachers to read more widely for the sake of relating to more people (37–39). Take in The Grapes of Wrath and you’ll be ready to convey deep poetic empathy to people experiencing injustice just like the forlorn Okies. And while this has value, perhaps what sending churches have best to offer hurting people both locally and globally isn’t just saying, “We sure know how you feel.” The commitment it takes to send people into places rotten with injustice will allow you to “weep with those who weep” (Rom. 12:15), not simply because you’ve tasted injustice, but because you know how it so easily entangles your own soul.

This is the notion we see in Paul’s definitive words about reconciliation: “All this is from God, who through Christ reconciled us to himself and gave us the ministry of reconciliation” (2 Cor. 5:18). Long before the apostles were wielding any reconciliatory skills, they were themselves reconciled to God through Christ. Insert here: jaw-gaping Thomas swallowing his doubt (John 20:26–28), sea- and tear-soaked Peter being reinstated (John 21:15–19), and cowering Saul relieved of scales from his eyes (Acts 9:17–19). Brokenness was their badge (2 Cor. 12:5–10). And that badge of death revealed the life of Jesus (2 Cor. 4:7–12).

Granted, sending one missionary may not affect the entire culture of a church, though it certainly could. Yet sending out every member with missionary vision and skills to their homes, neighborhoods, classrooms, and cubicles is going to have repercussions. Imagine the effect of your church being reminded of their own need for reconciliation as they minister it to others. From this river of living water, they “will not be satisfied until justice rolls down like water and righteousness like a mighty stream” (King).

This is a republication from the IMB. Used with permission.