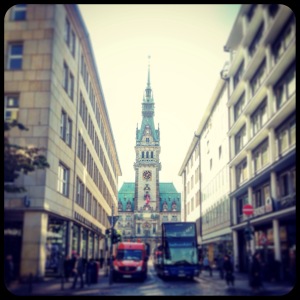 When Sheikh Mohammed bin Rashid Al Maktoum said that he wanted to put Dubai on the map with something really sensational, he wasn’t joking. Only a few years later he baffled the world with a true modern marvel, the Burj Khalifa. To call it the world’s tallest building is an understatement. The last time I flew out of Dubai, after more than a minute of ascent I was still looking up at the monstrous tower.

Unfortunately, Maktoum initially bit off more than he could chew. Unbeknownst to many who stood in awe at the Burj’s grand opening, the project had been bailed out for $10 billion by Dubai’s neighbor, Abu Dhabi. Plus, for several months most of its offices and apartments perched high above the world sat as empty as the surrounding desert. Ouch.

I don’t tell the story to poke fun but simply to show the importance of assessing any great endeavor.

Counting the Cost: Assessment is Common to Faith

And whoever does not carry their cross and follow me cannot be my disciple. Suppose one of you wants to build a tower. Won’t you first sit down and estimate the cost to see if you have enough money to complete it? For if you lay the foundation and are not able to finish it, everyone who sees it will ridicule you, saying, “This person began to build and wasn’t able to finish” (vv. 28-33).

In context, Jesus wasn’t just giving architectural advice. He was making the point to his disciples that their greatest endeavor was to follow him, and therefore it required some assessment. Were they ready to surrender everything to follow him? Anything less would never allow them to finish what they started.

And so it is with us today. Anyone who considers becoming a follower of Jesus must first weigh his resolute demand. Thus, assessment is intrinsic to the faith. Consider 2 Corinthians 13:5: “Examine yourselves to see whether you are in the faith; test yourselves. Do you not realize that Christ Jesus is in you—unless, of course, you fail the test?”

Assessment is Common in the Church

That means assessment is also intrinsic to the church. A person’s confession of faith in Christ must be assessed by the body of Christ. We don’t just let anyone dive in the baptistry. We lovingly assess repentance and faith by looking for its fruits.

Yet this isn’t the only form of assessment to which the church is accustomed. Consider the installation of a new pastor or deacon. Everyone, especially the intrepid search committee, plays a part in checking out the candidate. Paul himself affirmed such scrutiny in his qualifications of pastors and deacons in 1 Timothy 3.

The church, in fact, is constantly assessing. Not only in salvation, baptism, membership, and leadership, but also in biblical interpretation and application. How do we live out Christ’s commands individually and corporately? Without ongoing assessment, we can easily find ourselves in the same circumstances as the churches Jesus painfully rebuked in Revelation 2–3.

If assessment is such a natural part of who we are in the church, enabled by the power of the Holy Spirit and the wisdom of the Scriptures, then why are churches hesitant to take the lead in assessing missionary candidates?

The Church is the Testing Ground for Missionaries

In Serving as Senders Today, Neal Pirolo affirms that “the church is the ideal testing ground for potential missionaries.” However, pay attention to what he doesn’t say. Pirolo, a long-time director of a missions agency, does not say that the missions agency is the ideal testing ground. Nor does he point to the seminary. Why the church? What does the church uniquely have to offer in assessment that the agency and seminary do not?

First, assessment is simply part of loving and shepherding people. It’s best when not automatized but personalized. Where better for that to take place than the local church, the family of God? The church knows candidates when they’re not dressed for an interview. It should be the safest context for honesty about personal strengths and weaknesses.

The Spirit and the Church

Historically, calling was a corporate decision discerned by the body of Christ. We should take note of the way in which Barnabas and Saul were sent from the church at Antioch in Acts 13. While the leaders of the church were worshiping and fasting, the Spirit spoke to all of them, not just Barnabas and Saul. Verse 3 reveals that the leaders laid hands on the missionaries and “sent them off.” Verse 4, however, interestingly reads that the two men were “sent on their way by the Holy Spirit”. So, who sent them?

The Spirit and the church.

Their calling and fitness for the task had been assessed by both the Holy Spirit and the local church. In light of this, Paul Beals writes, “The most that an individual can do is express his willingness. Others must determine his worthiness. The individual may be free to go, but only his church knows if he is really fitted to go.”

Representatives of Christ and the Church

Missionaries are not only ambassadors of Christ. They also represent their sending church. Don’t we want to assess them well so we can lay our hands on them with confidence?

Sadly, during the past few decades many churches have allowed missions agencies and seminaries to take the lead in assessment and development of missionaries. Not only has this neglected the church’s calling to shepherd, but it has often failed to achieve the key missionary characteristic described by George W. Peters: “a high view of, and deep loyalty to, the church of Jesus Christ.”

This can even be taken as far as inverting spiritual authority. Western Evangelicals, especially Southern Baptists, hold “missionary” as perhaps the noblest role a Christian can embrace. Thus, when candidates assert themselves as having received the missionary call, it’s easy for churches to exalt such aspiration and essentially submit to the candidates.

Conversely, assessment that’s rooted in the local church helps lead candidates to a biblical posture of affection and commitment to their local church. This is the kind posture that produced Paul’s epistles to churches while he sat in chains for advancing the gospel. It’s the kind of affection and commitment that formed Jesus’s view of his church, “which he bought with his own blood” (Acts 20:28).

Fit for the Task

At the same time, assessment draws the church into ownership of the missionary and their missionary task. It naturally develops plurality, vulnerability, and affection. A church may not feel they have enough expertise in cross-cultural missions to effectively assess candidates. However, they absolutely have what is most needed: the context for shaping men and women in the gospel.

Of all the characteristics a missionary needs to develop, even those contributed by the agency and the seminary, the most critical is their capacity to abide in Christ. And everything you want your members to embody here as sent ones in their neighborhoods, you want your missionaries to embody in another language and culture.

Church, Jesus has already assessed you and called you fit for the task.

This is a republication from the IMB. Used with permission.

2 thoughts on “Fit for the Task: Why the Local Church Must Lead in Missionary Assessment”